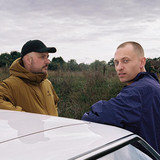 U.K. electronic duo Overmono are known for their infectious, club-ready sound, informed by their love of hard-edged '90s rave, trance, and breakbeat. It was a style they debuted on 2016's Arla EP and continued to develop on 2017's Arla II. Raised in Wales, siblings Tom and Ed Russell both had successful careers in electronic music before they began collaborating as Overmono -- with Tom known for his hard-edged techno as Truss and Ed for his rave-instilled bass work as Tessela -- although there was a brief time the brothers performed together as the hardware-based techno duo TR//ER. Deciding to reduce the influence of their individual work from the mix, the pair booked five days in an isolated cottage studio in Devon to thrash out ideas and put together tracks for a possible release. Drawing inspiration from the pair's love of classic rave music and early-'90s trance and techno, the duo's unique mix of boundary-pushing electronica caught the ear of pioneering British dance label XL Recordings, which instantly signed the brothers. Overmono's debut EP, Arla, appeared in 2016, with its mix of big room, trance-inspired arpeggiated riffs and dusty rave breaks gaining DJ play and positive reviews. The follow-up, Arla II, appeared a few months later in early 2017 and was once again instilled with the feeling of early-'90s British pirate radio stations and illegal outdoor raves. More stand-alone releases followed, including 2018's Raft Living and 2019's Bromley/Still Moving with Joy Orbison. In 2020, the duo returned with another EP, Everything You Need, which found them embracing an even more polished and nuanced sound. ~ Rich Wilson, Rovi