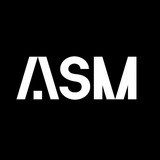 With 4 critically acclaimed full-length albums and over 600 shows in 25 different countries under their belt, ASM have established themselves as one of the pre-eminent hip hop acts in Europe today. Their unique brand of sophisticated, ultra-lyrical boom-bap fusion continues to serve as a refreshing reminder that hip hop can be fun, artistically ambitious, and intelligent. Principally composed of MC’s Green and FP and DJ/Producer RHINO aka Fade, this international trio of friends from high school (one Canadian, one German, one English) first gained international recognition from their collaborative singles with Wax Tailor: “Positively Inclined” & “Say Yes”, and have since collaborated with the likes of Chinese Man, MF DOOM, Deluxe, La Fine Equipe, and many more. After spending the last 18 months touring extensively as live MCs of Marseille legends Chinese Man as part of the Shikantaza tour, 2019 sees the return of ASM with a brand-new album and tour project as the latest act on the illustrious roster of Chinese Man Records. ASM take a new direction in the form of their new album “Color Wheel”. While rooted in the same organic oldschool sensitivity that has defined their careers, Color Wheel sees ASM engage head-on with contemporary rhythmic textures like they have a point to prove – that they are undeniable masters of their craft in their most efficient, to-the point assortment of bass-heavy rap cuts to date - undeniable bangers in all colors and hues.