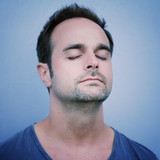 Thomas Lemmer is known as an Electronic/Ambient music producer. With 14 albums, 11 Eps, and 27 singles, and multiple appearances on top-class Chillout/Electronic compilations, he is considered one of the most active and established artists of his genre. Over 23 million streams on Spotify alone prove his relaxed sounds are highly on-demand in this fast and hectic world. His two albums, STILL and ZERO GRAVITY, reached the iTunes Electronic Top 10 in Germany. His album PURE reached the Top 10 of the iTunes Electronic Charts in Switzerland and #2 of the Album Top 10 in the official German Chill Out Charts (Deutsche Chill Out Charts). His album AMBITRONIC was a considerable success and held a position in the official German Chill Out Charts – Album Top 10 for 36 weeks. His music is played worldwide on established radio stations focusing on Ambient and Electronic music. Thomas Lemmer loves collaborations. Together with Christoph Sebastian Pabst, he produced the album MEERBLICK & BERGBLICK. Two concept albums with a focus on the sea and mountains. Both albums were a great success for both of them, and they are already working on a follow-up. With Andreas Bach, he produced the albums NIGHT TRAVELLERS & PULSE. Two very organic albums that are highly regarded in the scene. His album, AMBIENT NIGHTS, is recommended for everyone looking for peace & calmness in music. This album is undoubtedly another classic.