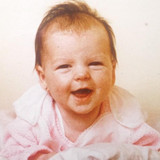 I AM VEE. Am I a DJ? Probably I'll decide to join the festival scene at one point, but for now, it's all about the songs. Some might not understand the reason why I don't want part of the fame game. I ghost songwrote and produced some of the songs you know today, but they don't belong to me (anymore). Years pass and I have made the career of many. I know every side of the industry and here I was, with a ton of songs that probably wouldn't fit any artist out there or they would record them and the songs would be "killed" by the way they were interpreted or the way the industry wanted them produced. That was when VEE was born. I am VEE, I am YOU. It is not about a popularity contest or becoming the staple of red carpets, but it's about the music, the songs, the feelings. I don't think my music has a specific style.I have songwritten and produced now every genre imaginable and even in other languages. ​ So my point is clear and simple. I just want for the music to talk for me. For VEE to be known as the passionate human being that songwrites and produces and hopefully, very soon, to be respected and be able collaborate with my peers in music to produce, songwrite and deliver what our hearts really are saying. Proud to be one of the #womeninmusic. ​ WHEN MUSIC TALKS, SILENCE IS GOLDEN... ​ Much Love, VEE