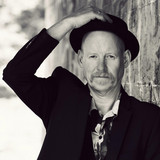 Martin Wardley is a songwriter, poet and performer. He hails from East Lancashire but has since spent many years living in London then Bath and now resides in Kendal, Cumbria. He releases music under his own name and also co-writes material for other artists to record and perform. Martin is inspired by all manner of genres and artists: Nick Cave, Tom Waits, Woody Guthrie, punk, folk, electronica, 60's girl bands, surf rock, classical to name but a few. Martin also releases "Words on Wednesday" every week and has done since 2018 via Facebook and Instagram.

The website can be found at www.martinwardley.com He is in the process of finalising the next tracks for an album to be released in 2021.