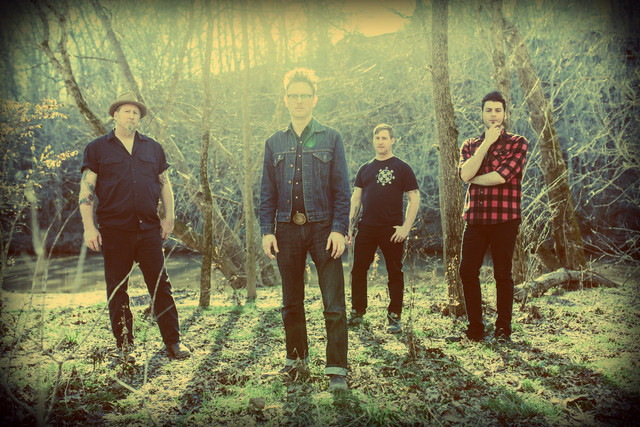 A roots rock juggernaut from Nashville, Tennessee, the Legendary Shack Shakers are a hot-rodded combo combining blues, rockabilly, country, and rock & roll into one manic assemblage boasting all the gloriously explosive instability of an M-80. Originally comprised of Colonel J.D. Wilkes on lead vocals and harmonica, Joe Buck on guitar, Mark "The Duke" Robertson on upright bass, and Pauly Simmonz behind the drums, the Legendary Shack Shakers were all members of various renegade country acts playing in Nashville's notorious "Lower Broadway" district, and Buck and Wilkes spent time playing on the road as part of Hank Williams III's band. Assuming the Shack Shakers moniker in 2001, the band quickly developed a potent reputation for its raucous live show, in which the manic tempo of the music was matched by Wilkes' over the top stage performance, which earned him a citation as Nashville's Best Frontman in the Music City entertainment magazine Scene. After extensive touring with Hank Williams III and Southern Culture on the Skids, the Legendary Shack Shakers self-released their first CD, Cockadoodledon't, in early 2003; shortly afterward, the band signed with Chicago-based "insurgent country" label Bloodshot Records, which reissued Cockadoodledon't in the spring of that same year. In 2003, Buck left the Shack Shakers to play with Hank III full-time, and the heavily tattooed David Lee took over on guitar; the new lineup of the band moved from Bloodshot to Yep Roc Records for the release of the (somewhat) more polished sophomore album, 2004's Believe. In 2005, Simmonz left the band and was replaced by Brett Whitacre. Their third record, Pandelerium, arrived in January 2006. The live Lower Broad Lo-Fi was released in 2007, followed later that same year by Swampblood. Agri-dustrial appeared in 2010, which featured guitarist Duane Denison, formerly of the Jesus Lizard and Hank III's road band. After a five-year layoff, the Legendary Shack Shakers returned in 2015 with a lineup featuring Wilkes on vocals, blues harp, and banjo, Robertson on bass, Rod Hamdallah on guitar, and Brett Whitacre on drums. The band signed a deal with Alternative Tentacles Records, which released the album The Southern Surreal in time for the Shack Shakers' 20th anniversary. In 2017, the Shack Shakers released the album After You've Gone, a song cycle inspired by Wilkes' divorce. The disc also introduced a new edition of the band, with Wilkes and Hamdallah joined by a new rhythm section, bassist Fuller Condon and drummer Preston Corn. When not busy with his musical career, Wilkes is also known as a visual artist, publishing comic books and creating elaborate "carnival art" murals on discarded roll-up projection screens. In 2017, he published his first novel, The Vine That Ate the South.