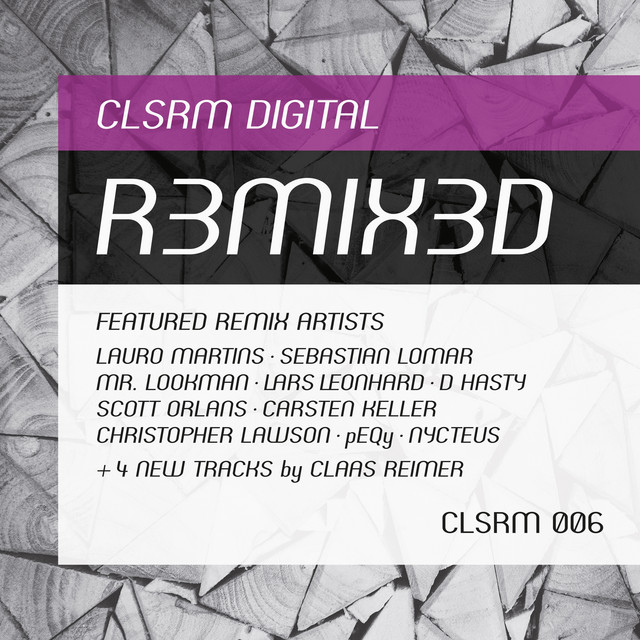 The music of Claas Reimer from Düsseldorf is inspired by Science Fiction, jazzy influences and groove in general. At the same time his electronic style is stilistically flexible from filigree minimal up to energetic rave sound. Back in the early 90ies he released on No Respect Records, Virtual Recordings and Important Records. This was leading to plays in Sets from Steve Mason, Sven Väth und Pascal Feos as well as licenses to several successful compilations. During the time releases from different projects and remixes have been added on Basstard Records, V.I.M. Records, Primal Mood Music, Mad Music Recordings, Scrambled Recordings, Budenzauber, Tech You Very Much! and Achtung Schäääpat among others. Since 2011 he is also running his own imprint CLSRM Digital. Additional to that two tracks have been placed in the german movie “Freier Fall” which was released as one starter at the Berlinale in 2013. Also his music appears in spots and films from brands and institutions like Vidal Sasson and the Right Livelihood Award. Licensing from tracks for advertising, movies etc. is possible via www.musikpool.net.