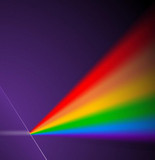 The Human Nature is an indie rock band from the South East of Norway. They have been making music and played venues since 2014, and already released 3 singles and 1 EP.   Their debut album «Kairos» (2018) is a mixture of analog synthesizers, heavy drums, vocal harmonies and a distorted Les Paul. This creates the sound of The Human Nature.   The new track «To Belong» (2021) is the third of seven singles which will result in their second album «Circles» next year.