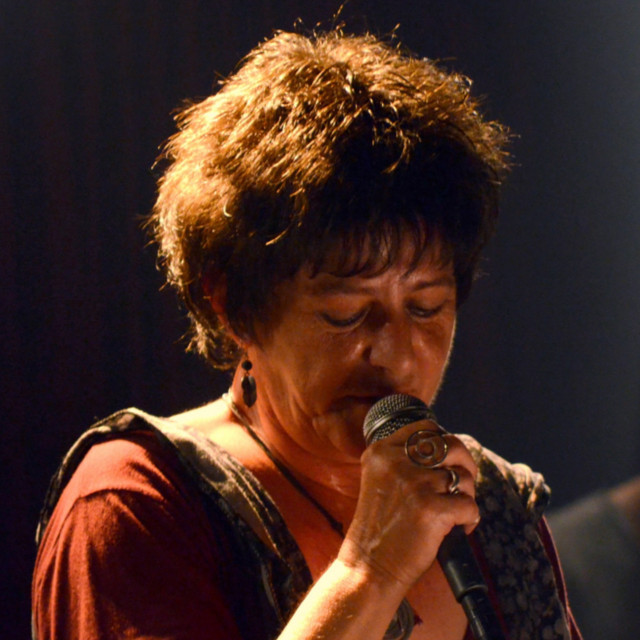 Fotini Velesiotou was born in Karditsa in 1958. She spent her childhood and adolescence there. Music is present in her life. Byzantine and classical music songs were her first listenings. Until her adulthood she participated in the choir "O Arion" in Karditsa. After growing up, she discovered rebetiko and folk song in Thessaloniki, where she studied at the Pedagogical Academy. Singing came into her life by accident when she accepted the offer from a music band to sing in 1983, something that lasted almost 20 years. In 2004 Michalis Nikoloudis and Magda Papadaki invited her to sing their songs on the album entitled “Gynaikes”, in which she participated with six songs “Kokkina Loustrinia”, “Oi Fonisses”, “Mono Gia Apopse”, “Mia Eukoli Gynaika”, “Vrohi”, “Dekati Tetarti Genia”. Then followed the collaboration with Yorgos Kazantzis and the result was two successful albums "Isalos Grammi"

and "T Paidia Tis Allis Oxthis" and the great hit single “Melisses”. In the summer of 2013 she participates in an ethnic festival in Germany with Melina Kana and in 2014 in Iceland she sings songs of Vassilis Tsitsanis at the Reykjavik Concert Hall. In April 2015 she released her 4th album entitled "Eida Tou Trelou Ta Klamat". In 2016 she released the album “Ta Dialegmena” with the live recording of her sold-out appearance at the Technopolis of the Municipality of Athens.