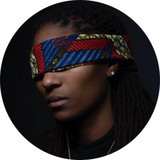 The Lioness, born Shaiwna Adams on April 6, 1988 is the youngest of a large family from Minneapolis. Like many growing up in the now infamous North Side, she has worked very hard to get where she is today. Shaiwna was the first in her household to graduate from college. Following inspiration from the likes of Ms. Lauryn Hill & Queen Latifah, helped influence her artistically.   Shaiwna’s first mixtape, The Most Anticipated, released in January of 2011, debuted just months after graduating from McNally Smith College of Music in St. Paul. As she became more known locally, she built relationships with top producers & winners of the, Red Bull Big Tune Beat Battle Championship, Nicademus and G Mo. Having established lasting relationships with said producers, lead to many collaborations on The Lioness’ next mixtape, Lost Tapes, released in October of 2011.   Ambitious as ever, she returned to work simultaneously on her third mixtape, Queen. Followed by a collaboration project with Titan Administration Records on the release of The Cabinet compilation, both released in 2013. The Lioness still resides in North Minneapolis, and is currently working on her first full-length solo album, tentatively slotted for release in the Spring of 2016.