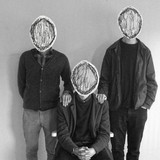 Honecker is a post punk band from Fredrikstad, Norway. Inspired by band like Joy Division, The Cure and Bauhaus. The band started as a side project in 2012, as a way to get an outlet for angst and darkness. Honecker is a melancholic band with lyrics based around angst and depression. The band is known for its simple drum groove, constant bass drive, chatoic guitar combined with vocalist Even Teistung's soothing barritone voice. In 2013 Honecker went in the studio to record their debut album ...I En Tom By. The band went on hiatus after only playing two concerts. The members moved to different cities, but one year later, during summer vacation the hiatus was broken. Honecker recorded their sophomore album Takk For Alt and did a small tour in Norway. The album did not get released before 2017 due to busy schedules and other priorities. After another small hiatus, the band went back to the studio in 2018 to record their third album Hvorfor Så Trist? with release early summer of 2019. Honecker is a band that worships sadness, desolation and difficult emotions. This is reflected in the band's name, taken after Erich Honecker, former general secretary of DDR. There's few things as dismal as a big wall, concrete appartment buildings as far as the eye can see. And not least authorities ruling with an iron fist. What's more is Erich Honecker's fate, being exiled by his own country and dying of cancer soon after.