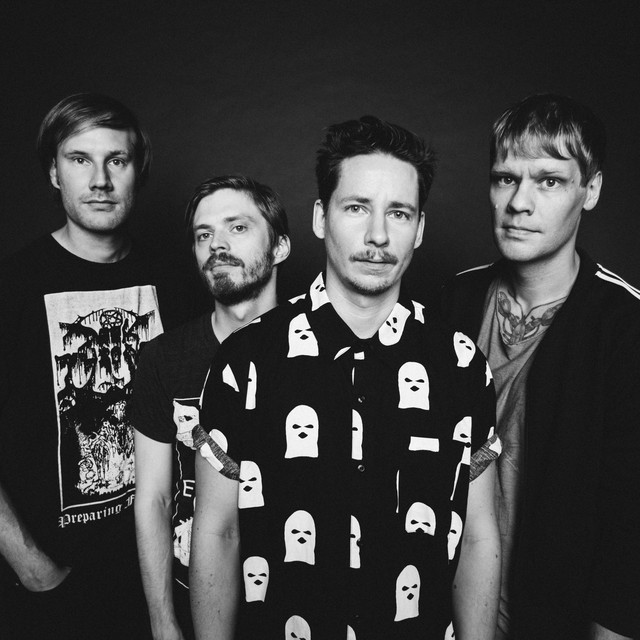 Formed in Ulvila, Finland, in 1996 by school friends Jussi Ylikoski (guitar) and Mikko Hakila (drums), Disco Ensemble started out life as a garage/shed band whose members figured out their instruments through the works of Metallica and other rock giants, eventually finding life as an emocore punk rock act influenced by the likes of Refused and Snapcase, and taking the Finnish charts by storm. The group played its first sets as DisCo in 1997, but soon had to make a name change after a pop group emerged with the same moniker. Disco Ensemble, as they decided to be called, took on a new vocalist in 2000 -- Miikka Koivisto, and released a pair of EPs -- 2000's Memory Three Seconds and 2001's Ghosttown Effect. The band soon came to the attention of genre promoter, agent, and label head Juha Kyyro, and signed with his Fullsteam Records soon after. With the band in decidedly more urban digs -- Helsinki -- a bass player, Lasse Lindfors, was found, and the band began work on a debut full-length. In 2003, Disco Ensemble released Viper Ethics, and soon found themselves supporting their well-received debut on a European tour. In 2005, the band released album number two, First Aid Kit, which was a Top Ten hit on their nation's album charts. Successful touring and some well-received spots on some of that year's big festivals -- Glastonbury, Roskilde, Rock am Ring, etc. -- landed a major-label distribution deal for the group with Vertigo (a Universal subsidiary) and a multinational re-release of First Aid Kit. In 2008, the band released its next collection of work, Magic Recoveries, which would go on to peak at number one on the Finnish album charts. ~ Chris True, Rovi