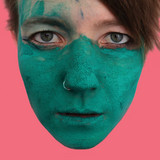 The astonishingly talented South African Prog Prodigy ROBYN FERGUSON is back with a bang! Despite the sundry adversities of the past year, Robyn set an ambitious goal for herself ... to release 3 EPs in 12 months; a purpose she is extremely happy to achieve with her new upcoming single "Grey" and EP “Triptych” With “Grey”, Robyn continues her journey forward through the void from the previous Satellite EP “Harbinger” (released August 2020), and represents the struggles of our mind. It is about discovery, becoming … the very thread of life, time and connection. The unknown and coming of clarity and the limbo between … More on Robyn: Born and raised in South Africa with multiple awards, projects and performances under her belt, has set the bar for all musicians in the South African and African metal communities. Currently an Elixir String, as well as, an Ibanez Guitars South African endorsee, Robyn, is a well respected virtuoso guitarist and unclean vocalist. She is widely known for her energetic stage performances and has found herself performing both locally and internationally with some of the greats in the industry. Best known for her part in Adorned in Ash and Sistas of Metal, her long anticipated solo material is sure to stand out from anything else this powerhouse has ever touched. https://robynferguson.com